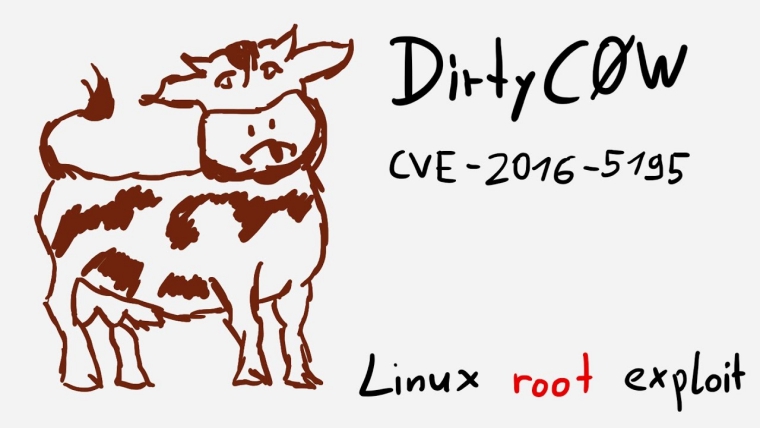 If you've been on the internet over the past couple of weeks then you've likely heard of the so-called Dirty COW bug recently discovered in Linux. The story behind it is actually kind of funny. It was discovered and patched by Linus himself over 11 years ago! The fix was then undone in subsequent code commits due to issues with new code. So the vulnerability has been exploitable since for about 9 years, since 2007. The silver lining is that no examples of this exploit being used have been found in the wild and most popular Linux distros have pushed fixes. Patch your system if you haven't already!

If you're not familiar with what dirty COW does it allows a non-privileged user to write to files that are usually read-only except by root. This is pretty significant and since "everything in Unix is a file" this opens up lots of doors for exploitation. There are plenty of resources online to learn more about how exactly the exploit works, like here, so I won't go into much detail about the exploit itself.

Along with knowledge of the exploit, proof-of-concept code was also released. Basically a skeleton example with just enough code to show how writing to a root-protected file is possible. This is what I used to create a simple command line program that I call Madcow. It takes advantage of the dirty COW exploit to change the root password on an Ubuntu system to whatever the user provides.

Ubuntu stores passwords (sort of) in a file located at '/etc/passwd'. Here is the first couple lines of the one found on my machine:

This file is read-only to all users except root. There's lots of stuff here but the most important information is after the first colon of each line. Right at the top we see 'root' then a colon, a lowercase 'x', and another colon. There can be two types of information here: an encrypted password (storing plaintext passwords in files readable by all users would be silly), or a lowercase 'x'. The lowercase 'x' indicates that the encrypted version of the password is stored in a separate file '/etc/shadow'. That file is readable only by root so changing it is impossible.

So if we want to change the root password all we need to do is replace the single lowercase 'x' with an encrypted password of our choosing. And this is exactly what madcow does. Here is a quick example:

Not very interesting on the surface, but this is a write-protected file that we, as a normal user, have just written to! Now it's simply a matter of starting a root shell using the new password and the entire system is ours.

That's basically it. I'm sure there are a lot more interesting things that could be done with this exploit but this is the most obvious and powerful. The code is available on my Github if you want to take a closer look. Obviously I take no responsibility for any damage caused to your or others' systems from running this code. And please don't run it outside of a VM or an installation you don't mind losing.